After a year of grueling work to renovate, research, install, and clean up around the edges we have finally opened the first Float Center in Southern New Mexico. Residents and visitors alike will be able to explore the boundless benefits of floating in the magical water of our Dream Pods. Many thanks to Nathan Baudo of Baudo Builds LLC for his expertise and assistance in the renovation of the building, and even though he helped us spend our last dime, I think the end result was well worth it.

Craig Salazar with DreamWorks, came out in early December to set up the dream pods. I was a little surprised when i arrived at the airport to find a tall man in flip flops, camouflage shorts, a back pack, and a T-shirt. He had a hyper relaxed laid back aura about him. We began our journey to Ruidoso, three hours from Albuquerque. You know how they say not to judge a book by its cover...this was a prime instance. I think he became tired of me talking as I was super excited to hear anything he could tell me about the tanks, set up, the running of a center, the salt, and on and on. I soon realized that floating help transform his life. Interestingly enough, he was a former police officer on the swat team, until one day he realized that it had changed him such that he was always looking for the bad in people and situations and couldn't go to the store without being hyper aware of everything. Hence began a personal journey which led him to floating...which made me realize why the relaxed demeanor. Later on after setting up the pods and my first float in more than a year, I again realized why we pursued this adventure.

Most people pursue a business venture or profession out of convenience, money, or some other wrong reason. Floatation Station has become as much of a personal pursuit of self mental and physical healing as business itself. IT HAS BECOME OUR GOAL TO BRING FLOATING TO ANYONE WHO IS GAME! Back to Craig. We arrived in Ruidoso and went to our home. After showing Craig his guest quarters for the next three nights and a visit to the potty, we headed to the site of Floatation Station. I was a little apprehensive...was the layout good enough? Did I leave enough room? Were the pods reassembled properly? To our pleasant surprise Craig was impressed with the room size and location of pods and after slightly moving the location of one in the smaller room we were ready for the set up. With silicone in hand Craig dove into the pod. Sealing the joints begins. I ran to Subway and picked up some nourishment while he continued the arduous process of sealing all of the joints and assuring the alignment was correct. 11:00 pm... time to go home.

Next Morning I'm up at 6:00 and fired up....but to my surprise Craig isn't quite as enthusiastic as I am. Finally, about 8:30 we head on over. Off comes the covers of the pump units and wow what a unit... circuit boards exposed, stainless steel pump, filter housing, and UV light, quite a site to see. He begins the arduous process of hooking up dosing pumps, ethernet connection, and various other programming requirements. Hoses all hooked up. A test on connectivity and software ip addressing and wow we can see our float pods on the computer screen. We are finally getting closer. I begin moving the 1,000 lbs of epsom salt into each room while Craig is filling the tanks with water, we are so close I can taste it now. Craig says not so fast we have to filter the water for several hours and heat it to the 35.25 degrees celsius. So Craig asks for a good place to have a burger, and so we head to a good ole standby "Hall of Flame". I must say the Green Chili Cheeseburger was exactly what the doctor ordered. After showing Craig a few of the sites we head back and he begins some training with me to include a vast knowledge of floatation, the operation of the pods, and sources for must needed supplies.

Now we must drain about 4-5" of the 11" of water from the tank to make room for the salt. Wow that is a lot of salt. Craig asks me if I want to step in the tank to move the salt around, but I kindly forfeit the invitation to his vast knowledge. The flip Flops now make sense as shoes on shoes off occurs quite often to insure a clean tank. One last thing to do before we start running the pump again, Time to change the filter. Boy is there a lot of bad stuff in our water. The filters were brown after only 4 hours of filtration. Now I'm glad I drink filtered water. Well all done for the day.

Wednesday, Craig buries us with a wealth of information including websites for product, videos, waiver agreements, operating manuals, and recommendations for operating a fantastic float center. We finish up with the computer training, including music loading, session length, chemical dosing adjustments, filtration settings, temperature settings and variances, specific gravity range, ph range,...wow back to school... and finally we are ready.

Craig has the opportunity to explore our little slice of heaven and even donate to the Mescalero Apace at the Inn of the Mountain Gods. We, Becky and me in particular, are forever changed because of our pleasant encounter with Craig Salazar. We shake hands at the airport and will continue a like bond as people who have found the serene world of floatation!

And please excuse any grammatical errors. As my wife Becky says I'm obviously a math person and must have skipped english in high school and college...and to make thinks worse I'm a two finger bandit with a couple of others thrown in by accident when typing, so typos are generally the norm.

Hope to see you soon! 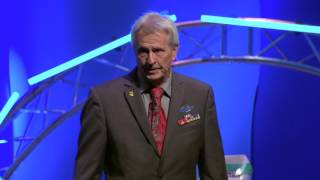 Open your heart/ take control of your health

The Health Benefits of Floating and Medical Studies

Open your heart/ take control of your health

The Health Benefits of Floating and Medical Studies